Save The Peekskill Parklets

The City of Peekskill has decided to outlaw parklets

Sign the petition to tell the Peekskill City Council that we want our parklets to stay! Visit tinyurl.com/SaveOurParklets today.

The following is an op-ed we wrote for the Peekskill Herald about the parklet issue:

And after a long, dark winter and a much longer, much darker battle with a global pandemic, Peekskill is so ready for spring.

This is why it was so troubling to learn that this week the City of Peekskill Common Council decided to stop allowing “parklets” in town… just in time for outdoor dining season.

For those who haven't heard the term before, parklets are the micro spaces that have been created on a few of our street parking spaces that extend the sidewalk and allow for outdoor dining and hanging out.

In Peekskill, they were implemented as a response to COVID indoor dining restrictions, but they’ve long been a cheap and easy way to activate and enliven city streetscapes in other cities and towns well before the pandemic.

The city has decided to cancel the parklet in front of Gleasons, The Rift, and Agape Closet on the 900 block of South Street and the one in front of Taormina and The Hudson Creamery on Hudson Avenue near the riverfront.

Somewhat inexplicably, the large parklet in front of Taco Dive Bar on Railroad Avenue is allowed to remain. The city differentiates the parklet on Railroad from the parklets on South and Hudson by categorizing it as a "street closure" instead of a parklet -- although it seems to be a parklet by definition.

As far as safety goes, I don't believe there's been a traffic accident or injury involving the parklets since they've been implemented, so this concern seems unfounded (especially given the national surge in traffic accidents during the pandemic).

Concerns about traffic flow seem equally unwarranted as parklets are built on parking spaces, which by definition exist outside of the flow of traffic. Strangely, the only parklet that is permitted to remain is the one on Railroad Avenue that does actually require the closure of the northbound lane of traffic.

Of the parklets slated for closure, a total of six parking spaces are used. There is a general feeling that in Downtown Peekskill, parking is limited, but the empirical data shows quite the opposite. According to the Peekskill Downtown Parking Improvements: Analysis & Recommendations Report (found on the City of Peekskill website) the parking supply in Downtown Peekskill is underutilized: "During peak demand conditions, there are hundreds of available public parking spaces, including some located in single facilities such as the James Street and Nelson Avenue Garages." And we know due to the dramatic drop in commuting to NYC thanks to COVID that the parking lots near the riverfront have more parking available than ever.

As for aesthetics, this is obviously subjective, but I've never found parking spots to be particularly attractive. The parklets, on the other hand, at least have the potential to be quite attractive.

Furthermore, in the hierarchy of Peekskill eyesores that could use some governmental crack downs, I feel the parklets are way down on the list. I'm looking at you litterbugs, shopping cart abandoners, and zombie home/storefront owners.

And if the city feels that the parklets are not beautiful enough or well maintained, it seems that a simple set of standards regulating aesthetics and maintenance (combined with a reasonable yearly permit fee to cover the costs of developing and enforcing such standards) would be a better solution than an outright ban.

A sole council member, Ramon Fernandez, did push back and brought up the idea of keeping the parklets but with some reasonable regulations and fees. I side with Ramon on this.

But in the end, he was outnumbered and the council decided to end the program, requiring the parklets to be removed by April 1.

Almost two years of community buy-in tossed out without fanfare in three weeks.

I run a social media account on Instagram called Peekskill Exurbanist where we celebrate and promote what I've dubbed the "exurbanist lifestyle". It's that special lifestyle and community that Peekskill offers.

I think the New York Times put best in their 2015 profile of our city, it's "a little country, a little urban".

We've amassed over 5,200 followers with this message, and when we shared the news of the parklet closures (in the form of a video showing people enjoying the parklets), the response was almost unanimous disappointment. Out of 45 comments, only three expressed support of the closures.

Many lamented the loss of the community and camaraderie they found at the parklets, others expressed concern that they would not be able to support their favorite restaurants this spring due to lingering COVID fears and discomfort with indoor dining. But most just seemed bummed that a little piece of their city was being taken away just when they were ready to enjoy it again. Try to imagine a parking spot eliciting that response. That's the real difference between a parking spot and parklet.

They created community during COVID, when we were forced to separate, to hide our faces, to worry, stress, and distrust. Now that a new spring is upon us, imagine what they could do for our community without those constraints and burdens. That's the potential in Peekskill that inspires us every day.

Timing is everything, and there's still time left to reverse this decision.

Save The Peekskill Parklets 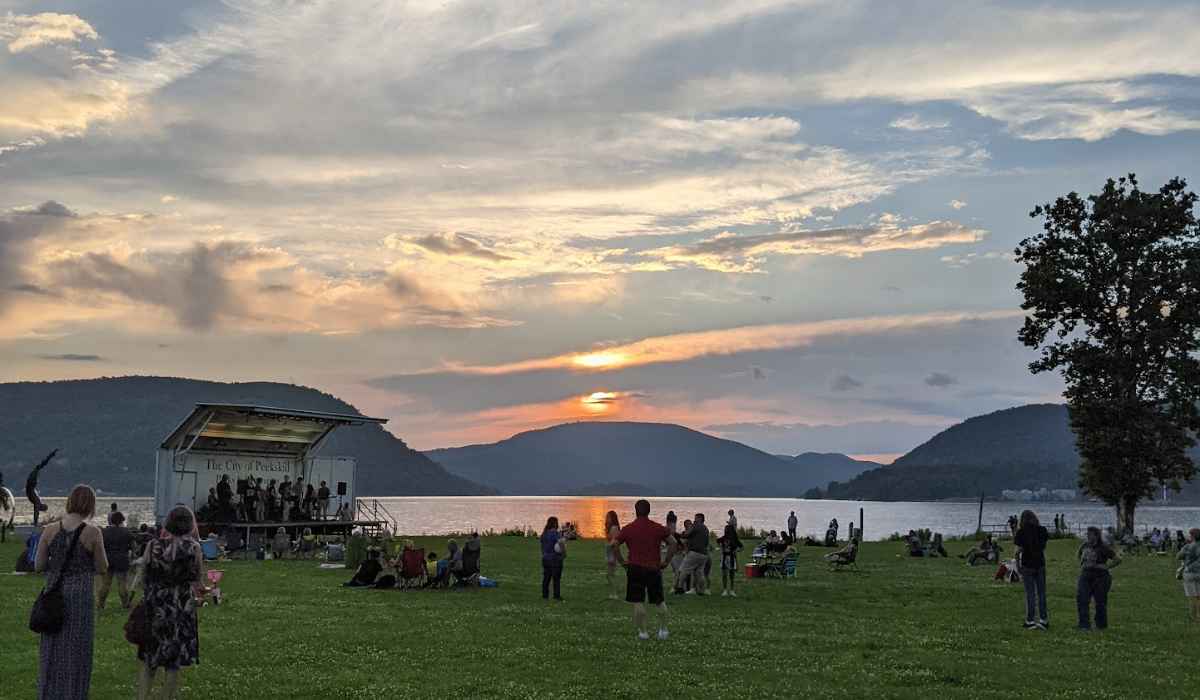 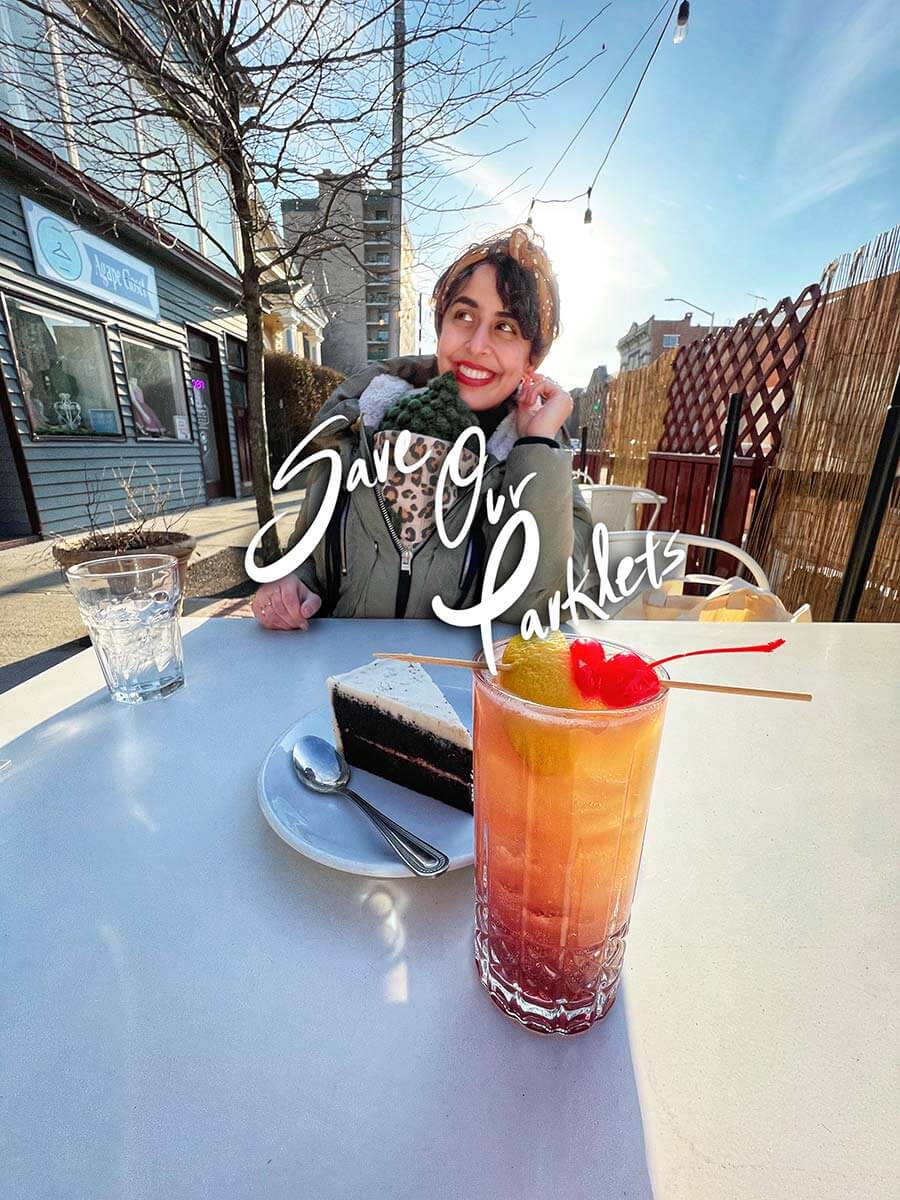